As autumn draws in, we are holding onto the warm evenings and long days. MSA have been busy throughout the summer, welcoming new clients, creating new collaborative relationships and having fun revamping our website!

We remain vigilant and are working hard to support our clients and to reassure them it is business as usual here at MSA Safety as the world slowly starts to open up and freedoms are returned.

WE HAVE A WINNER 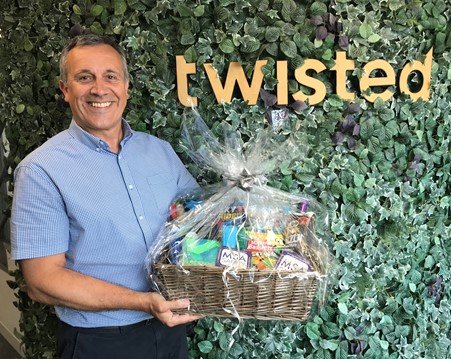 Congratulations to our lucky Summer Giveaway winner, Darren. With a hamper full of beach ready goodies and of course, a few bottles of wine, Darren was all set for a great day by the sea.

We hope you enjoyed it, Darren!

Our winter giveaways are always very special. So, if you like amazing food, then you won’t want to miss our

Watch out for details coming soon! 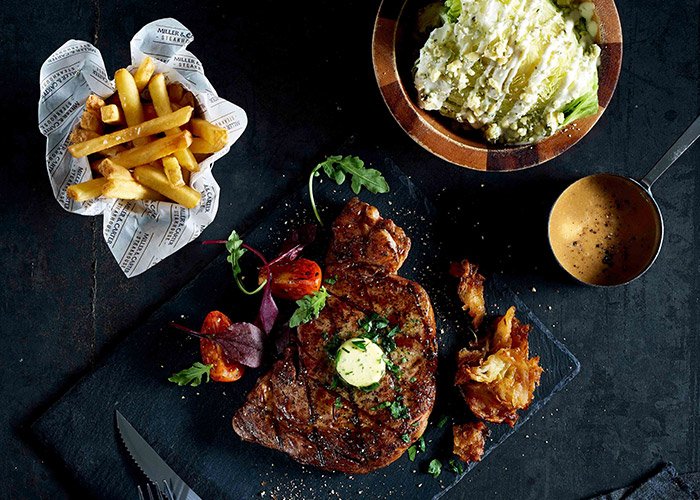 Over the past few months, we have been working hard on our new website refresh and we love it!

Thanks to the wonderfully creative team at Juicy Marketing and Amber the amazing Wild Wordsmith, we hope our clients and visitors enjoy the new site, which we feel really represents us and the services we provide. 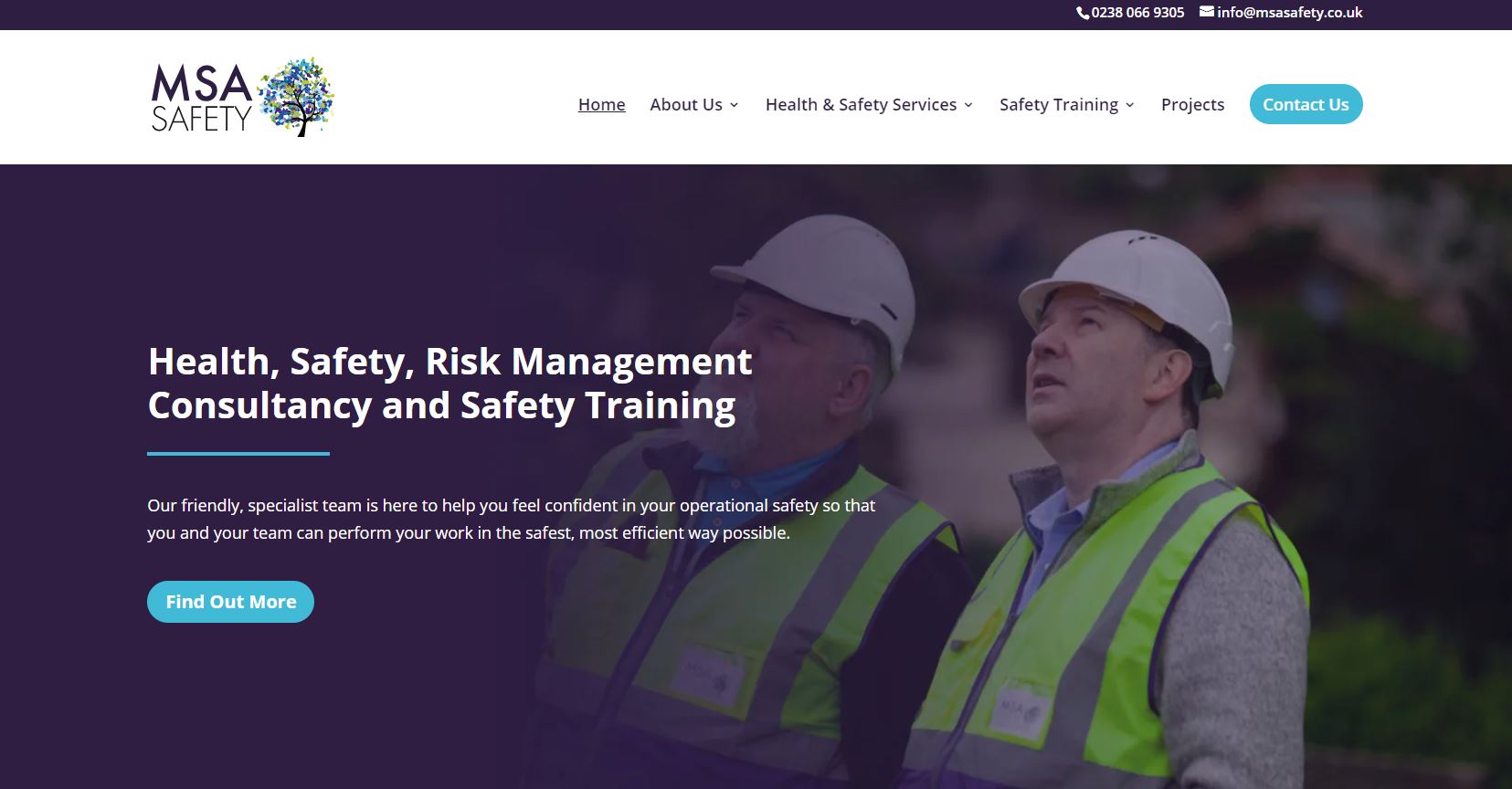 We have been championing mental health awareness for many years, because we believe that health and safety measures are most effective when both the mind and body are protected. Over the past few years, mental health awareness has been elevated onto many social platforms, gathering huge momentum across all sectors. It has finally been recognised by the government, who have contributed to the movement for change. So much of our mental health is shaped by how our daily practical, social and emotional needs are met, and good mental health and wellbeing are essential assets for individuals, communities and industry.

Support, training and guidance can help us to live fulfilled, productive and healthy lives. Sadly, it would seem that many organisations agree with the ‘idea’ of supporting mental health within their companies and there is a great deal of positive nodding and gesturing by management, but the reality is, that seems to be where it stops.

Courses are scheduled and offered to companies, but rarely run as the bookings are so low. This is both disappointing and confusing, as this does not reflect the feedback we receive from companies and clients when talking about the importance of positive mental health. So, this is a call to action for employers and individuals, to take the necessary steps to look after their own wellbeing and that of their employees, to engage in the programmes available to them. With the additional impact COVID has had on mental health, the long term effects are yet to come and we need to have the infrastructure in place and a shift in mindset to ensure this the support is in place. Hoping someone else will deal with it simply won’t work.

Protecting your mental health and that of your team, is the only way to protect the wellbeing of your company.

Mental Health Courses are available to book. Please contact us on 02380669305 to enquire.

Aimed at personnel who are responsible for assembling, dismantling, moving and inspecting mobile access towers, this training runs every Wednesday near Fareham.

Instruction is given in both theory and practical sessions and once successfully completed, delegates will receive photocard and certificate valid for 5 years. 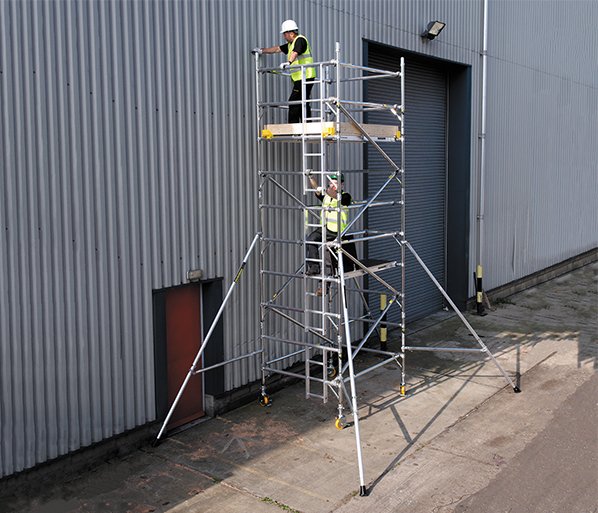 Join us & one of the best construction industry qualified Mental Health England speakers and learn about it’s impact on the industry, your employees & your business:

–  Learn how to support your team & navigate the various mental health training and information programmes available to you.

–  Understand the consequences of doing nothing to address mental health in your company.

–  Take advantage of a Q&A session to help answer your specific questions.

To book your place, please email Bex at bw@msasafety.co.uk

A unique kitesurfing festival held on Hayling Island, bringing the kitesurfing community and general public together for one fantastic weekend of kiting, live music.

Take a tour before you taste the vineyard’s award winning English Sparkling Wines accompanied by some delicious canapés.

Join Season Cookery School for their Saucy Sauces class. No dish is complete without the perfect sauce, so learning how to create an array of stocks and sauces is key.

Having played throughout the UK and Europe since 1998 Dirty/DC have developed a lineup and stage show that has made for a seriously strong reputation amongst AC/DC fans, whether die hard fanatics or people who just want a good night out.

If you have a local event you would like to share, let us know. MSA cannot be held responsible for lack of enjoyment, financial loss or issues arising from these activities.  Activities are undertaken at the readers choice and own risk.

An inquiry has been called into the current risks of asbestos, following a high volume of fatalities linked to the material Parliament’s work and pensions committee is to look into how the Health and Safety Executive (HSE) manages the presence of asbestos in buildings, and is calling for evidence on the subject.

The issue is the subject of an internal review by the HSE, which was revealed by minister for employment Mims Davies after the committee raised concerns about the issue last year. That followed the publication of a report by think tank Respublica on the presence of asbestos in buildings across the UK. The report found that there were six million tonnes of asbestos in 1.5 million buildings, and criticised the methods in the UK to measure the level of airborne asbestos, describing them as much less effective than that of other European countries.

Despite a ban on importing, supplying and using asbestos in the UK being in place since 1999, the once-widespread building material remains the biggest cause of work-related deaths here, including among many former construction workers. There are around 5,000 reported work-related deaths from illnesses linked to asbestos every year, including mesothelioma, lung cancer and asbestosis.

Institution of Occupational Safety and Health (IOSH) head of health and safety Ruth Wilkinson said: “It is vital that policy-makers and organisations worldwide manage asbestos risks more responsibly and stop people being exposed to this potentially fatal work-related health hazard.”

She stressed that, if kept in good condition, asbestos is not necessarily dangerous. “There are some simple steps which can be taken to ensure asbestos doesn’t become a danger and cause terminal illnesses which devastate families. It is unacceptable for anyone in any workplace to be exposed to asbestos. However, we know that it is still happening, with lack of awareness, uncertainty and ignorance surrounding how to manage it. Because of this, we welcome the inquiry set up by the work and pensions committee into the issue.”

A statement from the committee said its inquiry will examine the current risks posed by asbestos in the workplace, the actions taken by the HSE to mitigate them and how its approach compares to that of other countries. The results will feed into the HSE’s own review. The deadline to submit evidence is 17 September.

Those wishing to contribute can do so here.

The UK Asbestos Training Association (UKATA) warned in September last year that a dramatic fall in training for the treatment of asbestos, coupled with building maintenance declining due to lockdown closures, could lead to an increase in deaths  from asbestos in the coming years.